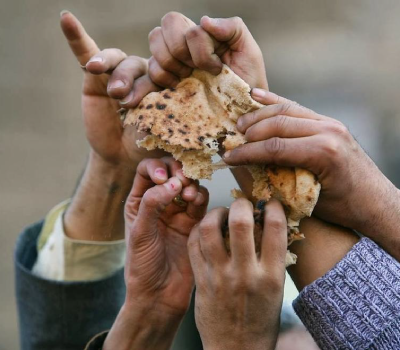 Why is food insecurity a big problem, and why do we need to counter it in Pakistan?

Food insecurity is a major problem in Pakistan, where over 40 per cent of the population is undernourished. This is due to several factors, including poverty, conflict, and climate change. According to the World Food Program, Pakistan is the sixth-most food-insecure country in the world.

This is a problem that must be addressed, as food insecurity has a number of negative impacts on individuals and society. For example, it can lead to poor health, decreased productivity, and increased social tensions. Additionally, food insecurity is often a driver of conflict and can contribute to the displacement of people.

Major reasons why food insecurity is a big problem in Pakistan?

There are many reasons why food insecurity is such a big problem in Pakistan. One reason is poverty. Many people in Pakistan live in poverty and can't afford to buy enough food to feed their families. Another reason is a lack of access to food. This can be due to several factors, such as a lack of infrastructure, natural disasters, and conflict.

Pakistan is an agricultural country, and the majority of its population lives in rural areas and is engaged in farming. However, the country has been facing a severe food crisis due to years of political instability, climate change, and other factors. This serious problem leads to poor health and malnutrition, which can have a negative impact on cognitive development, physical growth, and overall well-being.

It can cause economic hardship as families struggle to afford necessities. Further, it can lead to social unrest and contribute to instability. The Pakistani government has been working to address the issue of food insecurity, but much more needs to be done.

In Pakistan, food insecurity is a big problem. Millions of people go hungry every day, and many more are malnourished. This problem is compounded by the fact that Pakistan is a developing country with a large population. With so many people to feed, the government has a hard time ensuring that everyone has enough to eat.

There are several ways to counter food insecurity, including food assistance programs, disaster risk reduction, and investments in agriculture. However, more needs to be done to address this problem. There are many different solutions that have been proposed to address food insecurity in Pakistan.